The City of Ottawa hopes drivers and other road users will get used to the layout of so-called "protected intersections" — such as the one at the corner of St. Laurent Boulevard and Donald Street — because it's planning to build more of them.

Those intersections include features such as painted bicycle crossings, concrete corner islands to segregate cyclists and pedestrians from turning vehicles, and dedicated bicycle signals.

"The concept is based on a tested Dutch design that has been implemented throughout the United States and Canada," the city's acting director of traffic services, Krista Tanaka, wrote in an email to CBC.

There are currently seven protected intersections in Ottawa. Some of them have yet to be officially opened to cyclists.

Tanaka explained that each protected intersection is designed differently, based on its "context" and "the space available."

Other protected intersections are in the works, and "designs continue to improve and evolve based on the city's experience implementing these designs in the context of Ottawa's streets, which include requirements for transit service and winter maintenance," Tanaka wrote.

Some cycling advocates agree that protected intersections are actually much safer than traditional ones. For example, the corner islands force drivers to make wider right-hand turns. It's supposed to help them better see cyclists and pedestrians crossing the road. 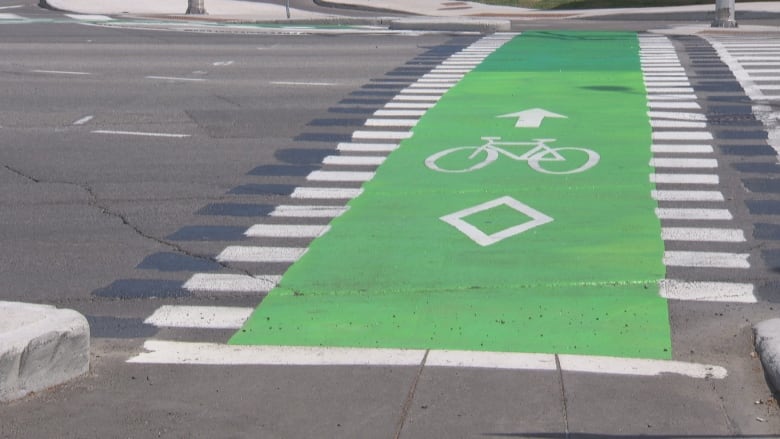 But those intersections need to be properly designed and identified. Until flexible posts were added this week, drivers were using a segregated bike lane to make a turn at the St. Laurent and Donald intersection.

New infrastructure also means new habits for road users. Tanaka acknowledged that some drivers might be confused by the new protected intersections.

She wrote that the city will organize more "outreach activities" to educate road users about the changes, such as in schools and workplaces.

Rideau-Rockcliffe Coun. Rawlson King told Ottawa Morning on Tuesday that he believes the city needs to do more to reduce the fatality risk for road users.

"I think that we need more investments in Vision Zero and I think we need to get there," King said. "I'd like to see more segregated bicycle lanes throughout the city."

He added that city officials need to be rational and that studies are required before launching new projects. King also wants residents to be consulted.