Our City By Administrator 1221 Views

Redblacks fans look to next year after 'disappointing' Grey Cup

Ottawa Redblacks fans took in the 106th Grey Cup game Sunday night at pubs and restaurants at Lansdowne Park, sitting through a 27-16 loss against the Calgary Stampeders.

The two teams faced off in the 104th Grey Cup two years ago, with Ottawa pulling off a stunning win in overtime.

This year, they weren't quite so fortunate.

"It could have been close, but they made a lot of mistakes," said fan Sean Gehring.

"It's been an up and down year for the Redblacks, so I think we can be happy with the year, but it's disappointing to lose this way."

The Calgary Stampeders bested the Ottawa Redblacks 27-16 in a game where a slippery field seemed to dog players at every turn.

"Hopefully next year, they get to play on a field that's a little less icy," said Redblacks fan Grant Stott.

"I don't think their team was built for this field."

The Stampeders last won the Grey Cup in 2014, though they've suffered a series of championship losses since — once to Ottawa in the 2016 Grey Cup and to Toronto in 2017.

Early in the evening, the Ottawa crowd was more hopeful. 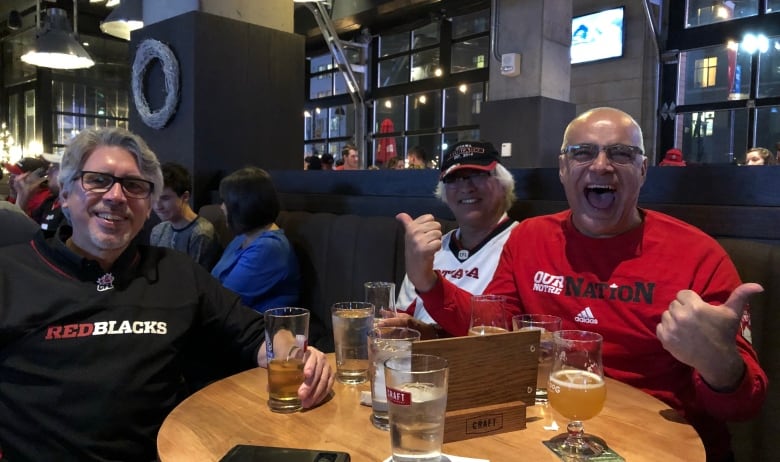 The Redblacks finished the regular season strong with three straight wins and a decisive defeat of the Hamilton Tiger-Cats on Nov. 18 to clinch the Grey Cup spot.

"We're going to win it, we don't even need high hopes," said fan Mo Ghadban before the game.

No win for Ottawa fans

But for Ottawa fans, it just wasn't meant to be. As the last few minutes of the fourth quarter ticked away, it became clear that their team wouldn't pull through.

For the most part, Redblacks fans accepted the loss with grace, acknowledging talent on the Calgary team.

"Unfortunately if you have seven turnovers in the game, you can't really expect to win," said Redblacks fan Mitch Hansen.

"[Calgary's] Bo Levi Mitchell is clearly a fantastic quarterback, you can't fault him on that." 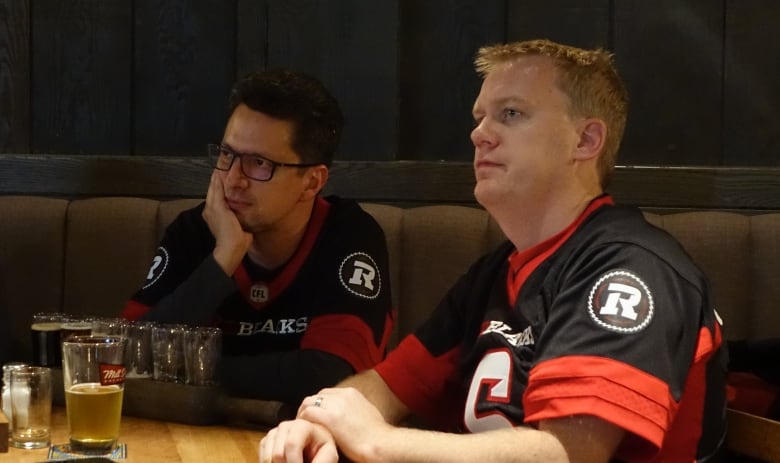 As the fourth quarter ticked away, it became clear that the Redblacks wouldn't be taking home another Grey Cup title. (Leah Hansen/CBC)

Mitchell was named the league's most outstanding player for a second time at the CFL Awards on Thursday and was named the most valuable player in Sunday's Grey Cup game.

Despite the disappointment, many Ottawa fans were already looking ahead to next year.

"The team is young," Gehring said.

"We were going up against Calgary, who's a bit of a powerhouse, so it's about continuing to build in Ottawa."

For at least one person, the game looked very different.