Our City By Edited by Iain Mackenzie 1702 Views

A major fire at a highrise apartment building east of downtown Ottawa forced residents onto their balconies to wait for help and caused several people to be treated for smoke inhalation.

It's unclear when the hundreds of people living there will be able to return home.

They are currently receiving support from the Red Cross and the City of Ottawa.

Firefighters had to call for backup twice and pull some people off their balconies using ladders. 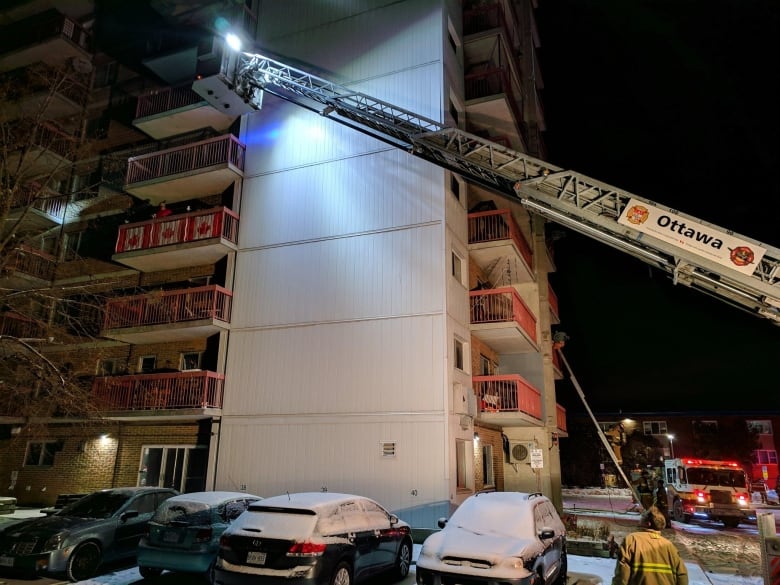 Anne Gagnon, who lives on the third floor, said she retreated back into her unit after trying to escape using both staircases, only to find them full of flames and people fleeing back upstairs.

"I ran onto my balcony, I couldn't call 911 because the power was off and my phone wasn't working … I was crying for help, I couldn't get down," she said.

"I waited on my balcony for the longest time … Smoke was pouring into my unit through a vent."

Lilianne Kimbila, meanwhile, crowded onto an eighth-floor balcony with about a dozen other people to wait for help.

Ottawa paramedics said they treated about 25 people for smoke inhalation and took eight of them to hospital.

One was an Ottawa police officer who was injured helping people get out of the building, said Chief Charles Bordeleau.

None of them was in life-threatening condition, paramedics said.

However, during their search of the building firefighters found a woman who happened to have fallen into a diabetic coma for reasons unrelated to the fire.

Paramedics worked to stabilize the woman, who likely wouldn't have survived if she hadn't been found.

The cause of the fire is under investigation, and officials are focusing on a unit on the second floor, said deputy fire chief Paul Hutt.

There is significant smoke and fire damage on the first four floors of the building, Hutt added, and the Office of Ontario's Fire Marshal will be called in because of the scope of the damage. 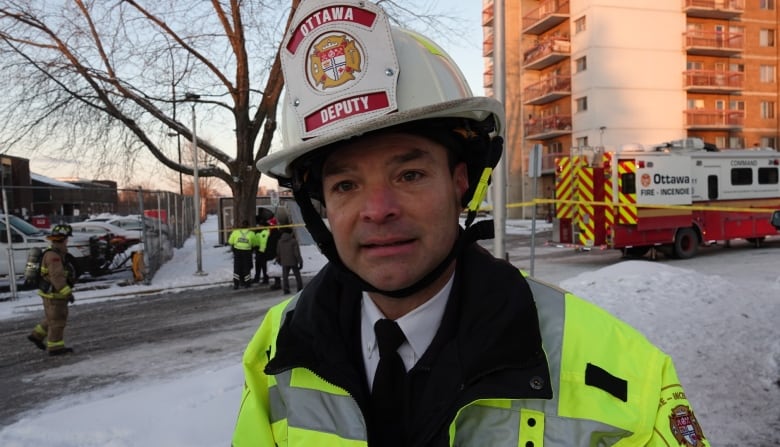 The power and heat were knocked out to the building and it may take until Thursday until they can be turned back on, Hutt said.

The city's emergency services department is working to set up a reception centre nearby where residents and their families can get help with temporary housing and any other immediate needs, he said.

Ottawa Community Housing said some residents will have to find new homes, but is still determining how many.