Telecommuting on the rise to meet challenges of real estate market, labour shortage

Five months ago, Alistair Vigier launched his all-virtual law firm, with a staff of eight who telecommute from a variety of locations across the country.

While Vigier is based in Victoria, ClearWay Law's lawyers are distributed around the Greater Toronto Area, and its admin and other staff are spread around Victoria, Vancouver and Regina.

All work from home, meeting their family law clients in their homes or at coffee shops when needed.

At a previous firm where Vigier was an investor, the company spent around $20,000 per month for office space, keeping with the industry's tradition of projecting an image of success through big boardrooms and beautiful views.

His new firm spends around $200 a month on occasional access to meeting rooms in co-working spaces — a savings Vigier says is passed on to the client through lower fees.

And staffers value the flexibility that comes with being able to work from home, he says. 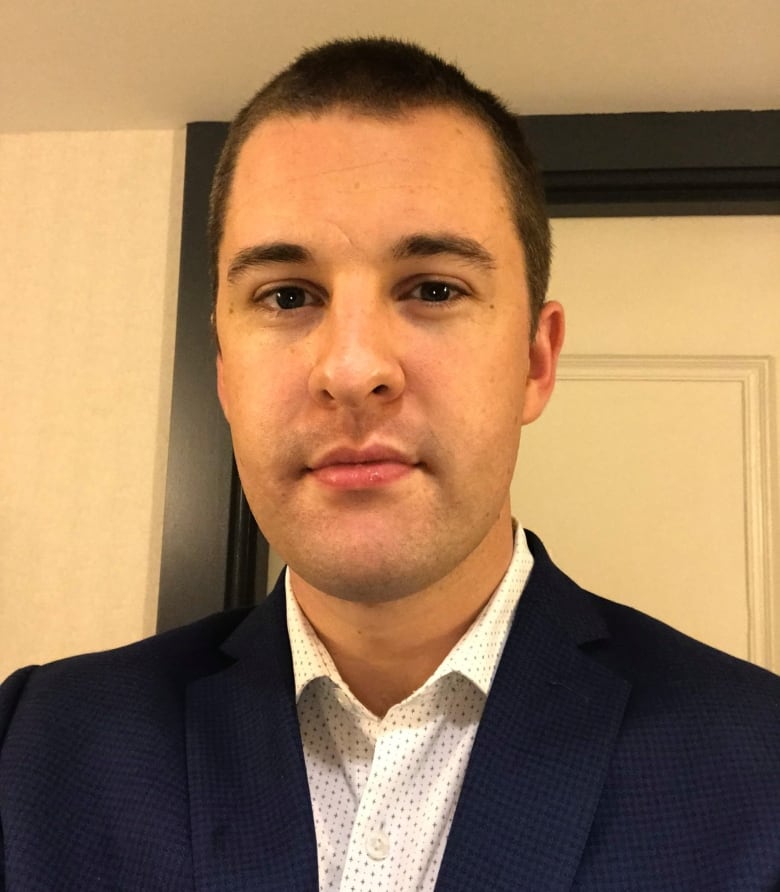 "A lot of our lawyers are younger, so they really want that work-life balance. We had younger lawyers at the previous firm and they were always pushing to work from home anyway."

Given the cost of living in major centres, if ClearWay had an office in downtown Vancouver or Toronto, support staff making $4,000 to $5,000 a month wouldn't be able to afford to work there without punishing commutes from outer suburbs, he says.

Remote workers are looking better than ever to companies contending with expensive office space and a shortage of skilled workers who may not be able to afford housing in major urban centres.

Emboldened and in demand, workers in Canada's low-unemployment provinces are increasingly game to work for companies that will allow them to telecommute, and industries — including those not typically known to embrace remote workers — are adapting to meet that demand.

Employees are starting to expect it and [companies] need to be able to offer those kinds of things to both attract and retain quality professionals.

"From my discussions with organizations, they're finding that employees are starting to expect it, and they need to be able to offer those kinds of things to both attract and retain quality professionals," said Tara Dragon, founder of WorkEvolution, an Edmonton-based consultancy and job platform that helps remote workers find jobs and companies adapt to telecommuting.

"Some view it as an opportunity to save on their real estate costs, which, for knowledge organizations, can be the second-largest expense after people," she said, noting that office space can often amount to $10,000 per year per employee.

For other companies, it's a way to solve hiring challenges by accessing talent outside of a comfortable commuting radius. 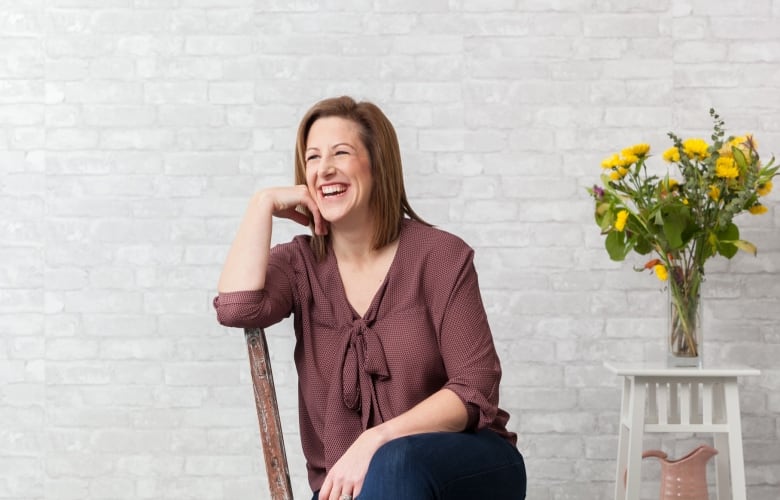 Tara Dragon is founder of WorkEvolution, a consultancy and job platform that helps remote workers find jobs and companies adapt to telecommuting. She says companies are wise to allow employees to work from home as it no only saves on expensive office space, it helps companies retain good people. (Brock Krypton Photography)

Vancouver companies, for example, aren't paying tech workers what they'd need to live in the city proper, which only becomes more of an issue as their lives evolve, says Dragon.

"Not only is it expensive to buy a house, it's expensive to raise a family there," she said, especially once things like child care are taken into account.

The cost of turnover

The business case she makes to companies as they contemplate adding remote workers to their staff is twofold, says Dragon. Beyond lowering commercial real estate costs, there's also the significant expense of turnover.

By some estimates, Dragon says it can cost companies up to nine months of a person's salary when they leave.

Work-from-home flexibility is a significant incentive to stay.

When Candace Beres, 30, switched jobs six months ago, one of the things she was looking for was the flexibility to telecommute from her home in Hamilton some of the time, freeing up time that would otherwise be spent making the hour-long-plus commute to and from offices in Toronto.

I find that it's my busiest day of the week, in addition to being the happiest day.

- Candace Beres , on working from home every Friday

Now a senior account manager for public relations and marketing firm The Colony Project, where all employees work from home on Fridays, Beres says her telecommuting days are her most productive.

"You need a day to do work away from people asking questions and having meeting after meeting," she says. "It's a good day to actually put work together rather than discuss it. I find that it's my busiest day of the week, in addition to being the happiest day."

There was a work-from-home component to almost every job Beres considered, and she says that more of her millennial peers are looking for the same. Many of her friends who had moved to Toronto for work have since moved back to Hamilton to raise their kids in less costly housing close to family.

Karen O'Malley and her husband moved to Petawawa, Ont., six years ago, to be near her family and to be free of the mortgage they held on their previous home in Oakville, Ont.

She works remotely full time as office manager for AgentC, a recruiting firm that specializes in hiring admin workers for the real estate industry. Like Beres, she also finds productivity is higher in her home environment.

"I can probably do at least twice the amount of work because there aren't the same interruptions. I find it easier to focus on larger projects and the turnaround time is a lot better."

O'Malley says she has felt isolated from her colleagues in previous work-from-home roles — but not in her current job.

"You almost feel like they're sitting beside you. They're very good at keeping you involved and up to date on everything that's going on in the company," she said of her employers, who also work from home.

The team of four remote workers and several freelance contributors communicates using WhatsApp throughout the day. 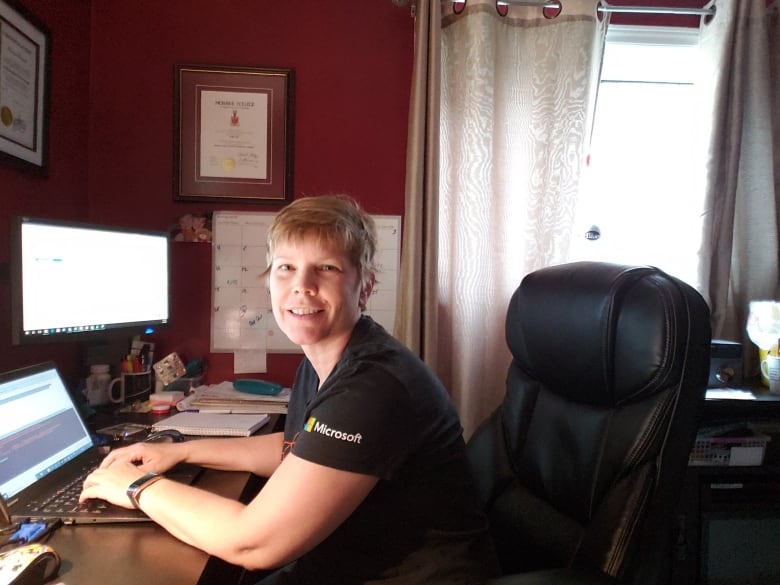 Sharon Bennett, a staff instructor for LinkedIn Learning, has worked from home for more than 12 years. An important key to success, she says, is good use of technology to connect remote team members to one another for easy communication. (Submitted by Shaorn Bennett)

Sharon Bennett is a staff instructor for LinkedIn Learning, now owned by Microsoft. Although the company is based in Carpinteria, Calif., she telecommutes from her home in Guelph, Ont., and her colleagues are spread around the continent.

Her department uses Microsoft's Office 365 to collaborate, as well as its online chat platform, Teams.

"If you're going to have a remote team, you have to have all of this in place. It's critical," said Bennett, a veteran work-from-home professional. If you have a question, "you can't just go and look over the partition," she said, so these tools allow remote colleagues to do the virtual version of that peek over the cubicle wall.

And Bennett says she loves her company's philosophy around working hours. "It's basically: Get stuff done. It doesn't matter when, but get it done.

"I tend to work better in the evenings, so I'll sit down after 6 or 7 [p.m.] and I'll work for another 3 or 4 hours. And as long as we meet our targets, it's not an issue. We embrace it and we enjoy that freedom. If I want to take my son to an appointment or go the gym, no one looks down on that."