Cadillac Fairview, the real estate company that owns the Rideau Centre, is refusing to say whether it uses facial recognition software to track the age and gender of visitors at the Ottawa mall.

The activity came to light after a shopper at the Chinook Centre in Calgary, another Cadillac Fairview property, spotted a browser window seemingly accidentally left open on one of the mall's directories, exposing facial-recognition software running in the background of the digital map.

They took a photo and posted it to the social networking site Reddit on Tuesday.

In a statement emailed to CBC Ottawa, the company's communications director, Janine Ramparas, said Cadillac Fairview is "not sharing details of the program, including locations, as we view this as proprietary.

"But to clarify, this software was being tested. We have not rolled it out."

The technology tries to predict approximate age and gender. Ramparas said no videos or photos are recorded or stored, and that the data is being used "to further understand the usage of our directories."

John Lawford, executive director of the Public Interest Advocacy Centre, said it shouldn't matter if the technology is in the testing stage — if consumers aren't informed they're being recorded, they're being spied upon.

"There is privacy legislation that requires you to ask first and describe what information you're collecting, and if that's not being done, then I think that's illegal," he said.

"Using a public population to test is like treating people like guinea pigs, and that's not fair." 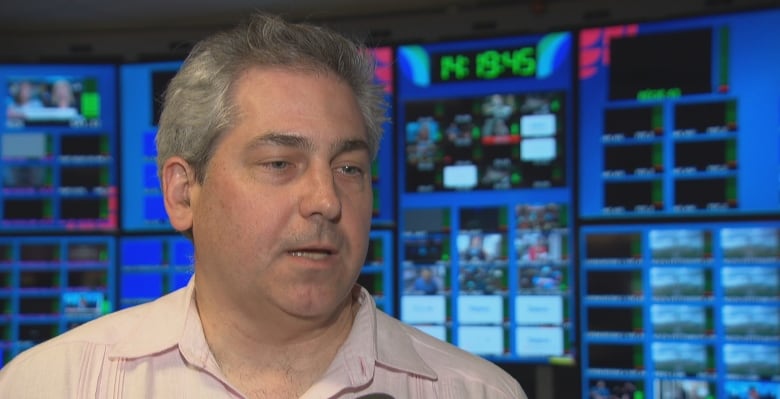 John Lawford, executive director of the Public Interest Advocacy Centre, said mall managers should put up signs explaining what data they're collecting to give people a chance to walk away. (CBC News)

He said management should post how and why they're collecting the data to give people a chance to walk away from the electronic mall directories.

The Office of the Privacy Commissioner of Canada said it's also concerned with how Cadillac Fairview is using facial recognition.

In an email, a spokesperson said it has the "potential to be the most highly invasive of the current popular biometric identifying technologies."

Staff with the commissioner's office plan to follow up on the company's assertion that it's not collecting any personal information, the statement said.

The office also intends to reach out to its provincial counterparts.

Ottawa's Bayshore Shopping Centre considered using facial recognition software three years ago after renovations, but decided against it. But general manager Denis Pelletier said the mall does have sensors on its doors to track how many people visit.